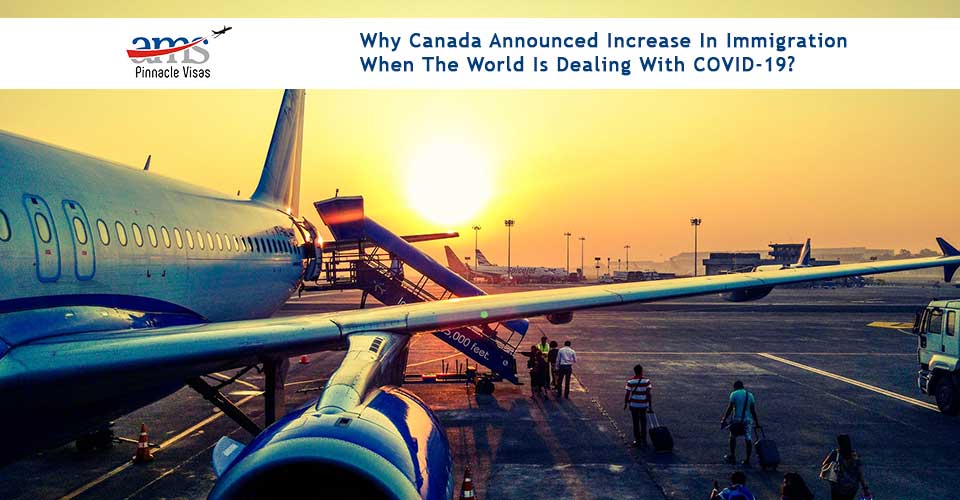 Geographically Canada is the second largest country in the world with a most stable economy. Considering the geography of Canada, the population is less and as per the Worldometer elaboration of the latest United Nations data it is 37,742,142.

The average age of the population is moving up as the life expectancy increases and in next decade it will reach up to 65 years. The birth rate is declining; since 1971 the fertility rate was 2.1 children per woman and now it is about 1.5 children. Most of the population makes up the majority of seniors, and as they retire in greater numbers, there would be an imbalance in the labour workforce.

In the next decade Canada will experience a steep increase in its retirement. If this imbalance in labour workforce is ignored, it would create a great pressure on governments and businesses in Canada. Not only labour workforce but national healthcare system will also get impacted. If the healthcare cost increases there would be a decrease in investing in a country by businesses.

With the current scenario in next two decades, more than 13.4 million people are projected to retire and people who will finish their school and join workforce will be only 11.8 million. Currently the labour workforce is out of balance.

Without an attractive immigration plan, real GDP growth in next two decades would drop to 1.1 percent. With proper immigration plans the GDP growth would rise between 1.7 to 2 percent. It is now or never situation for Canada and it is must for them to increase skilled population in the country to overcome labour workforce shortage for now and for coming decades.

Canada is very well aware of the COVID-19 spread and they believe it is a temporary situation. There are more than 35 companies in the world who are in race to produce the vaccine. The government of India has a proper plan to control the spread and doctors are also successful in treating the patients for faster recovery. The recovery rate is high. China has already overcome of the situation and is very well under control. Every country is working together to get the situation under control and they all are aware that this is a temporary situation.

Despite of restrictions to travel in and out of Canada between March 18 to June 30 2020, the Immigration, Refugees and Citizenship Canada has invited nearly 4000 express entry candidates to apply for permanent resident visa in March 2020. Marco Mendicino, Minister of IRCC has declared that Canada will welcome over one million new immigrants between 2020 to 2022.

Are You Planning To Migrate For A Better Quality Of Life?